Originally posted at A Word Please as part of my book tour with Juniper Grove.  See the interview at http://quietfurybooks.com/blog/2014/02/apocalipstick/

Is there a time of day or night when you’re most creative?

Coffee fuels my writing in the mornings. After many cups of coffee, some coherent thoughts enter my mind and I attempt to jot something down. I usually write in the morning for an hour because it is quiet. I tend to get up at 4 am or 5 am to start the process. I am a high school teacher so in the summer I can relax and sleep in later.

Tell us about your process for naming your characters.

The characters often develop from people I know and naming them developed from the people I know, work with, and the students I teach. A few of the characters are based on coworkers, but most of the names were changed before the book was published. I also used former student names. If I remember a student said something or did something similar to a character, the character would inherit the name.

In the second book, some of the names are symbolic. One of the characters has a biblical name and that was on purpose.

Do you write a book sequentially, from beginning to end? Or do you sometimes write scenes out of order?

I write scenes out of order. It is during the revision and editing process that I piece everything together, and it is tough to do so. With my second book, my daughter (beta reader and editor) said my chapters were too long so I went back and reorganized. This meant cutting scenes and changing them around. Nothing ended up where it had initially started.

Do you set your books in real locations or do you make them up?

The place where my characters end up in the book, the High Point Inn, is based on a real inn in Vermont where my daughter and I have gone many summers to ride horses. It did not make sense to have the characters in a zombie apocalypse go somewhere cold. It would be hard to survive a winter in Vermont, so I moved the inn to rural Virginia, but all the descriptions are true to my memories of the Vermont inn.

Have you ever received a negative review? If so, how did you handle the criticism?

Everyone gets negative reviews, and as a writer it is important to understand what the reviewer is saying. I like negative reviews that offer critique. I had one person write about the amount of violence and zombie gore in the book. As a teacher, this was a question constantly on my mind when I was writing. I understood what the reviewer was saying. She had a valid point about the gore, but I had tested my book on a few teens and none of them seemed at all concerned about fighting against zombies. Was it hard to read that someone did not like the book? Absolutely.

If you could bring any one of your characters to life, which would you choose and why?

I would bring Jenna, the main character, to life. She lives in a post-apocalyptic world filled with zombies and a new race called the “others.” Jenna not only navigates this bleak landscape full of death, but she also helps a small group of survivors reach the safe haven of the High Point Inn. At the inn, Jenna can finally relax and develops feelings for two men: Quentin, who reminds her of the past and Caleb, who, while exotic and intoxicating, is not quite human.

I love Jenna, the heroine of the story. She is tough, smart and sassy and has this innate ability to stay alive in the craziest situations. What more could you want? I’m not sure if she is all that likable; a zombie apocalypse can cause some people to be on edge and grumpy, but she is fiercely loyal to her friends, and that counts for a whole lot when you fight the evil undead. I’d want to get to know her. 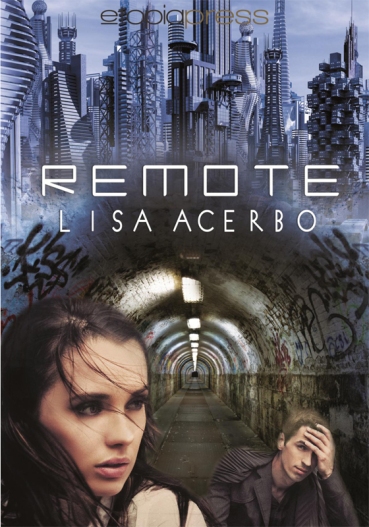