When the first wanderer—a common elf who isn’t authorized to use the portal—is spotted on the streets of New Orleans, the king assigns Kameo Ryndel to capture the elf and bring him home to Elvenrude. But before she can intervene, he’s shot and his body stolen by the gunmen. Just as puzzling is the appearance at the scene of Seth Lormarc, an Elite elf from a rival guild and heir to the centuries-old feud between their two families.

Seth is in New Orleans at the behest of his grandfather to find out who was behind the portal breach that could expose their existence to the world of men. His best lead is the intriguing Kam Ryndel. When he stakes out her apartment and finds her sneaking out in the middle of the night, dressed in black and leaping to the top of the nearest building, he realizes she’s more than a beautiful woman. That kind of feat requires magic. Ancient magic.

As their paths cross and draw them deeper into a mysterious conspiracy, attraction sparks between them, but there’s little time for romance. The portal breach is tied to an illegal smuggling operation that has come to the attention of the human CIA. And the stakes are raised when Kam and Seth discover a band of rebels deep inside Elvenrude that offers nothing except violence and destruction of their world.

Caleb nodded absently at the departing couple, then returned his gaze to Kam. “I’m serious. It’s time you became more involved with trade matters. In fact,” he paused, “you have several decisions you should be making. When are you coming home?”

“I’m here now.” She clamped down on a spark of anger. Why did every conversation with him lead into demands about the future?

“You know that isn’t what I meant.”

She stiffened. “It’s too soon for any long-term decisions. I like where we are now.” A storm was gathering in his eyes, and she took steps to head off a fight. The King’s Harvest Ball was hardly the time or place. She tilted her head and looked at him. “Are you about ready to leave?” A diversion was in order before she lost her temper and said something she’d regret. “I have to be back in the city by early morning, and I can think of better things we could be doing.”

“More than ready.” His smile held a provocative edge. “Shall we start our round of goodbyes?”

“I’m going to visit the ladies’ room, then I’ll catch up with you.”

She ducked her head and hurried away, anxious to get out of sight before he realized just how annoyed she was. She shoved the door open into the hallway a little harder than was necessary and ran into a solid body. She stumbled, throwing out her arms for balance.

“Oh, I’m so sor—” Strong hands caught her, and she looked up into Seth Lormarc’s glittering green eyes. “You!”

His eyes widened in surprise. “Do I know you?”

A spark of unexpected awareness ran up her arms, and she tried to shake off his grasp. He held tight until she was steady. “No, but I know who you are.” She looked pointedly at his hands. “Take your hands off me.”

“No problem.” He released her and stepped back, a smile parting his lips. “Are you always so charming?”

She frowned at him, ready to give a sharp retort, then hesitated, realizing how rude she’d been. “You’re quite right. Mother would be appalled at my manners. Thank you for your assistance. Now, if you’ll excuse me.”

“Certainly.” He moved to one side.

Her throat suddenly dry, Kam hurried past and down the hall. Insufferable Lormarcs. She entered the powder room and took a deep breath. The mirror revealed her heated cheeks, and she dipped a handkerchief in the water basin to cool her face. Why had she reacted so strongly, been so impolite? Was it the lazy smile he’d made little attempt to hide or just her anger at Caleb spilling over onto the first male she saw?

Great book to end my summer reading with. I instantly connected to the main character, Kam, and was slowly drawn into her worlds — one I know well and the other know as Elvenrude. Her challenges, clarified in the early pages, were also relatable. Who doesn’t want find happiness, job fulfillment, and that deeper connection?

Kam is tasked with hunting for an elf in the human world. She is strong and endearing, especially when faced with the demands of family and culture. The author develops her character and the secondary characters, especially her family and the men in her life, well. Men – yes men. There are Caleb and Seth. I will say no more.

For the most part, the pacing of the book is fine, but my one small qualm was that I found it a little slow at the start. I wanted something to happen before the Kam went home to the ball. This is a minor detail in an overall well written and expertly developed fantasy novel.

Ally Shields grew up in the Midwest along the Mississippi River and currently resides near Des Moines. Writing has always been a part of her life, but in 2009, after a career in law and juvenile justice, she turned to full-time fiction writing. Her first urban fantasy novel, Awakening the Fire (Guardian Witch Book One) was published in 2012 and the seven book series was completed in 2015. She loves to travel in the US and abroad and incorporates many of those settings into her books. Ms. Shields can be contacted through her website or twitter (@ShieldsAlly). 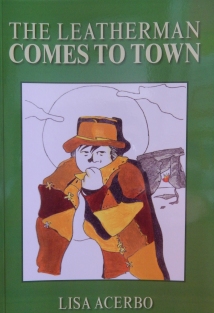